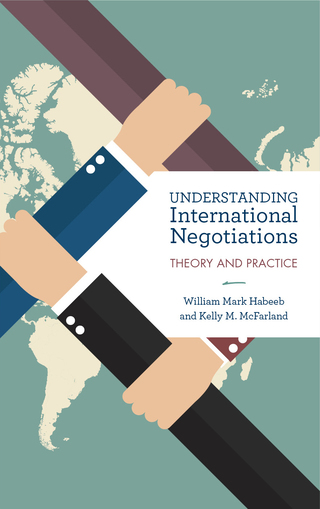 The ideal text for undergraduate and gradute students of negotiation, Understanding International Negotiations: Theory and Practice challenges the reader to think analytically. The assumption is that negotiation outcomes do not just happen, they are caused: by power and leverage, by the nature of the negotiation process, by the international context, by strategies and tactics, and by underlying national and group narratives that define what is and is not possible at the negotiating table. Case studies analyze real world negotiations and demonstrate the relevance of theory.

Since the end of the Iran-Iraq war in the 1980s, conflict in the Middle East has been increasingly wrought with internal struggles, driven by ethnic, inter-communal, and religious differences. Islamic radicalism has grown as an internal threat, and foreign intervention is now a potential catalyst. Since 1990, the Middle East has twice witnessed the introduction of foreign armies, first to halt Iraqi expansionism, and more recently, to bring about regime change in Iraq. This perfect storm of factors has brought about a heightened level of instability, with numerous conflicts simmering in hot spots throughout the region. In-depth chapters explore each conflict or latent conflict, including the history, the nature of the conflict, the factors involved, and any steps toward resolution. Hot spots covered include: The movement for Berber rights in Morocco; Shi'a opposition in Bahrain; Iraqi civil war and internal struggle for power; Iran's interstate conflict with the United States; and Islamic insurgency throughout the region. This volume is a must-have for up-to-the-minute coverage of hot spots in one of the world's most volatile regions.

Institute for the Study of Diplomacy
PIN * Negotiation
Loading…}