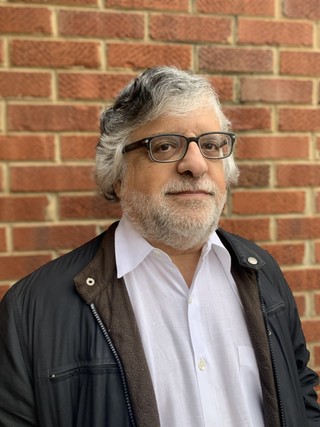 William Mark Habeeb was born in Birmingham, Alabama, the son of a Lebanese immigrant father and a Cuban-American mother. He graduated from Georgetown (BA) and Johns Hopkins (MA, PhD) Universities; studied literature and philosophy in England; has traveled widely in Europe, West Africa, the Middle East and the former Soviet Union; and spent over 20 years as a writer and policy consultant in Washington, DC. Since 2001, he has taught at Georgetown University’s School of Foreign Service. In 2016, Virginia Governor Terry McAuliffe appointed Habeeb to the Board of the Virginia Foundation for the Humanities.

Habeeb has written several scholarly books on international affairs, most recently, International Negotiation: Theory and Cases (Rowman & Littlefield, forthcoming 2021), as well as a dozen YA books on world history and cultures. He has written op-eds for the Washington Post, New York Times and Los Angeles Times.

His fiction has appeared in the Berkeley Fiction Review and Broken Pencil. His debut novel, Venice Beach, will be published in August 2021 by Rootstock Publishing. He recently completed studies in psychoanalytic theory at the Washington Center for Psychoanalysis. Habeeb lives in Arlington, Virginia, with his wife; their son lives in Brooklyn, NY.